Our popular Team Graffiti event was the first idea featured on Peerspace‘s “12 Creative Corporate Event Ideas near Los Angeles.” Thanks for the love, Peerspace!

Paint the walls with Team Graffiti

Spend two to three hours learning to make street art with the experienced “graffiti crew” at Firefly Events. All you need is a large outdoor space where your team can split up into small groups to learn the basics of graffiti art. Use this as a brainstorming activity to come up with new branding ideas. You’ll end the day with a colorful canvas you can bring into the office for ongoing inspiration and conversation.

Put a spray paint can in your team members hands for an unforgettable graffiti team building outing!

Amazon.com’s App Store team asked us for a unique team outing in Dana Point. They’re a new team that works well together but their manager is working to elevate them to amazing. He wanted to dig a little deeper using creativity as a vehicle for interaction. Our Team Graffiti paired them up with a facilitator and a world class graffiti artist, ManOne Graffiti Artist. The team explored the concept of individual identity through graffiti “tags’ in Lantern Bay Park by the Laguna Cliffs Marriott. Each member created their own graffiti name, called a “tag” in the graffiti world. A tag is more than just a name it’s an identity much like a corporate brand. Colors, letter style, and writing style are important to establishing identity. As they shared their new tags with each other ManOne offered tips and technique mixed with colorful graffiti history. Markers in hand they turned our graffiti walls into a colorful feast for the eyes. 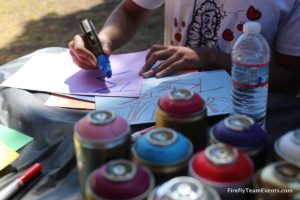 Corporate Teams in the Graffiti World

The graffiti equivalent of a team is known as a crew. Every artist has a one or more crews that they identify with. Crews provide safety, inspiration, help on large pieces, and family. The correlation with a project team resonated strongly with Amazon. The Amazon.com group was now a graffiti crew and ManOne graduated them to spray paint. After an interactive graffiti lesson, together they chose a word that has meaning and relevance to the team and their goals at work. Using the word “craft” the crew chose their colors for their final masterpiece on canvas. ManOne sketched it out in paint on a primed cotton canvas and the crew took over. They filled in the piece taking turns using the colors they’d chosen. ManOne took over after all the color was filled in and showed us why he’s a master of his craft. Hey added outlines and depth that made the canvas come to life. 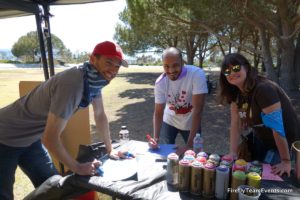 Building engagement amongst team members is more than theme days in the office. It takes effort and additional investment by management. Finding unique ways like our Team Building Graffiti event is a great direction to go. Ready to plan your next meeting? Call us and let us help you get the most out of your team – Firefly Team Events – 877.267.1939 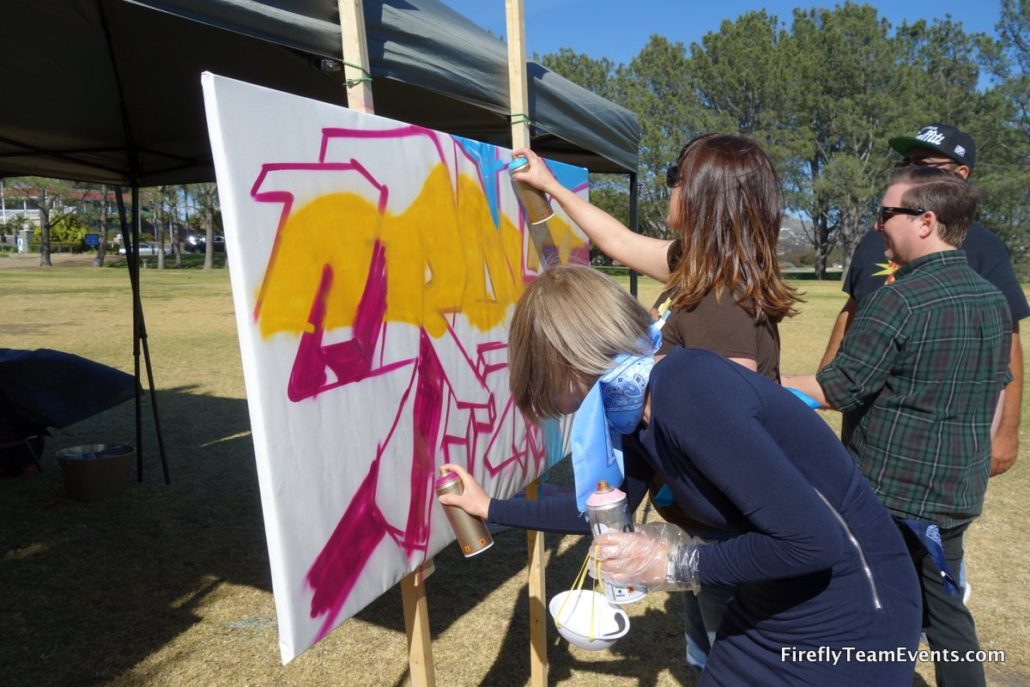