With our team building work, we at FireFly Team Events have had the pleasure of working with hundreds of different companies. Often when searching for great company cultures you’ll find articles highlighting fun work spaces like Pixar’s breakfast cereal bar or Google’s colorful and spiraling office slides.  Now, I love playgrounds and sugary cereals as much as the next person, but how much engagement do those perks inspire?  The following companies have a culture that extend beyond flashy Instagram fodder. Instead, they focus on policies and procedures that inspire communication, creativity and group identity.

Zappos is no stranger to top lists.  Whether measuring customer service quality or employee satisfaction, Zappos ranks high.  This is likely due to the apparent lack of office politics.  When interviewing, candidates are questioned not just about their qualifications, but their personality and values.  This unique personality test ensures they will be a good cultural fit for the office.  Zappos also rewards employees based on skill tests and reviews.  The clear paths to growth reduces nepotism and politicking.  They also have a strong unique corporate identity shaped by their core values including, “Create fun and a little weirdness.”  Staff are referred to and treated as family, which breeds immense loyalty and drive.

Speaking of family, if you want to start one, you should work for PepsiCo.  It is one the few companies in the US that offers paid maternity AND paternity leave. PepsiCo’s commitment to family and diversity is more than just flowery language they add to their About page.  They are truly trailblazers of equal opportunity.  Diversity has been an integral part of their culture since the 1950s when they promoted people of color and women to positions traditionally held solely by white men.  More recently they sponsored the United State of Women Summit where they signed the White House Equal Pay Pledge.  PepsiCo’s culture is that of inclusion and promoting a healthy work-life balance.

The new kid on the block, Fitbit unsurprisingly focuses on wellness of their staff.  What IS surprising is their program is so inclusive and encompassing that they’ve created Fitbit Group Health. This program has been adopted by many other companies as a part of their corporate wellness efforts.  Not bad for a fancy pedometer.  Beyond counting steps, Fitbit offers a diverse menu of employee perks. How do regular on-site workout classes, fully stocked kitchens with wholesome foods, and regular team outings sound?

Tech often attracts a certain personality in its worker. Shall we say a certain….geekiness?  Rather than a derogatory term, this phrase has been celebrated and harnessed by Blizzard as a way to bring out the passion and creativity of its team.  Blizzard encourages the geeking out of its staff with GameJams (a competitive game development marathon), Activisionaries (a TED style speaker series tailored to the interests of Blizzard employees), and lavish launch parties of their products that include free swag which ensure the creators are as big of fans of the product as their customers.

Its hard to like banks, but Wells Fargo is far more compassionate than your stereotypical image of bankers would be. Often when speaking of engagement, we think of how aligned employees are with the core mission of a company. Yet Wells Fargo aligns itself with the personal missions of its employees.  Ranked as one of the most philanthropic companies as measured by donations, the bank’s giving is not just a smart public relations move. It’s an embedded element of the culture.  Employees get two days of paid leave every year for volunteer work.  The bank also offers sabbaticals for nonprofit work taking up to six weeks.  When staff do good, they feel good.

Boosting the Strength of Company Cultures with Team Building

Creating quality company cultures isn’t a cut and dry recipe to be followed.  The best culture is informed by those who live in it.  We admire the employee driven mentality of these company cultures and others. Anything that makes work fun and fulfilling is awesome in our book!  To make your work more fun and help build your culture, contact us to help plan a creative event. We especially suggest the creative uniqueness of Team Graffiti or philanthropic giveback events like our Bike Build. 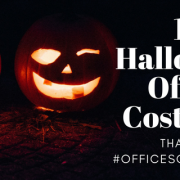 10 Office Halloween Costumes That Are #OfficeSquadGhouls 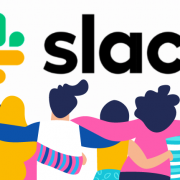 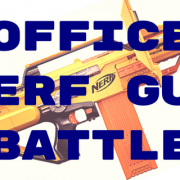 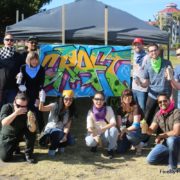 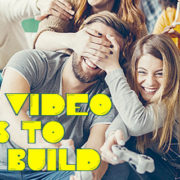 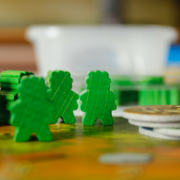 How To Promote Holiday Employee Wellness

How to Win at Giving Corporate Holiday Gifts
Scroll to top